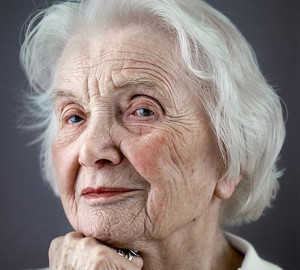 Acupuncture Helps with Alzheimer’s and Dementia

Dementia is a cognitive impairment that can occur with certain diseases. It affects memory, thinking, language, judgment, and behavior. Most types of Dementia are degenerative, meaning they are nonreversible.

Symptoms of Alzheimer’s usually develop slowly and get worse over time, becoming severe enough to interfere with daily tasks. The cause of Alzheimer’s is still not clear, and there is no cure. As the average life expectancy has increased over the past few decades, so have the number of people with Alzheimer’s disease. Unless a cure or other preventive measure is found, the Alzheimer’s Association estimates that by the year 2025, 22 million individuals worldwide will develop Alzheimer’s disease.

Acupuncture has shown promising results to treat the depression and anxiety associated with Dementia, as well as to increase patient’s verbal and motor skills and to increase cognitive function. Two well-known studies on the matter came out of Wellesley College Center for Research on Women, and at the University of Hong Kong.

In the Wellesley study, Dr. Nancy Emerson Lombardo and a team of colleagues at Wellesley College in Massachuestts studied 11 patients, 10 with Alzheimer’s and one with vascular dementia. Subjects were treated with acupuncture twice a week for three months, with each subject receiving a minimum of 22 treatments. Patients were subjected to a variety of tests before and after being treated. The results stated “statistically significant improvements” in the depression and anxiety scores of patients.

Improve the Quality of Life with Acupuncture

In Dr. Kao’s study, eight patients diagnosed with mild to moderate Alzheimer’s disease were treated at the University of Hong Kong. After being treated, Kao’s team reported that patients “significantly improved” on measures of verbal orientation and motor coordination and had higher overall Mini-Mental Status Exam (MMSE) scores. They also noted that patients “showed a significant overall clinical improvement” on the TCM checklist, leading the researchers to conclude that acupuncture treatment “has shown significant therapeutic effects” in reducing the symptoms of Alzheimer’s disease.

If you notice any of the 10 Warning Signs of Alzheimer’s in yourself or someone you know, don’t ignore them. Schedule an appointment with your doctor. If the disease is detected early, medical intervention can extend the period during which patients and their families can enjoy a relatively high quality of life. Acupuncture can help!

Want more information on how acupuncture can help you? Visit us at CT Acupuncture Center

Back pain relief in action! Want to see an acupuncture session in action for yourself? Check this out…

Acupuncture in Action with Ingri Boe-Wiegaard