Taoism is the English name for a religious and philosophical tradition in China.

There are many symbols and images that are associated with Taoism. Many people associate the Taijitu symbol as well as the Bagua (“Eight Trigrams”) with Taoist symbolism. One is likely to see these symbols as decorations on Taoist organization flags and logos, temple floors, or stitched into clerical robes.

Taoism’s origins may be traced to prehistoric Chinese religions; to the composition of the Tao Te Ching (3rd or 4th century BCE). Accounts credit Laozi (Lao Tzu) (author of the Tao Te Ching) as the teacher of both Buddha, and Confucius.

The “history of thought” contained in the Zhuangzi cites Laozi as a prior step.

Philosophical Taoism emphasizes various themes found in the Tao Te Ching such as “nonaction” emptiness, detachment,and the strength of softness or flexibility, for example. Most philosophical debate concerns tao — what way we should follow — but really, Taoists more directly question what tao is, how or if we can know it. They emphasize more than other schools the ways social tao depends on natural tao. Their more detached discussion and their reluctance to formulate or advocate a social tao of their own, means their discussions tend to be more playful and paradoxical than dogmatic.

The way which can be uttered, is not the eternal Way. (= “the map is not the territory”.) 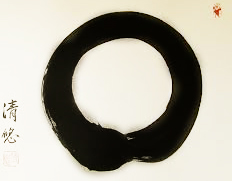 Tao merely means the natural way of the universe. Being one with the Tao does not indicate a union with an eternal spirit in the Hindu or Christian sense, but merely live with the change and accept the way of nature; that of impermanence and flexibility. Early texts describe Tao not as equal to “the One”, but as a principle underlying both the One and the Many. One revealing phrase used to describe it is huntun (roughly, “chaotic mixture”). Philosophical Taoists have tended to describe it as “nothingness”, which is the origin of “being.”

Taoism represents the view that the norms for language, knowledge, ethics and society are grounded in and are continuous with natural norms. So any discussion of tao and te (excellence) involves us in reflections on the nature of human society and its place in the universe as a whole.

For many educated Chinese people (the Literati), life was divided into a social aspect, where Confucian doctrine prevailed, and a private aspect, with Taoist aspirations. Night-time, exile, or retirement provided the opportunity to cultivate Taoism and reread Laozi and Zhuangzi. The Literati often dedicated this period of life to arts such as calligraphy, painting, and poetry, or personal researches into antiquities, medicine, folklore, and so on.

The Tao is unknown. And you need not know it. 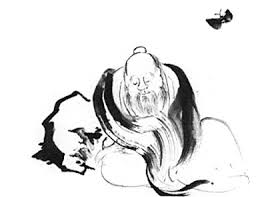 Taoists tend toward anarchism, mistrustful of hierarchical social structures and particularly, governments. (Zhuangzi argues that the proponents of benevolence and morality are usually found at the gates of feudal lords who have stolen their kingdoms.) Although philosophical Taoist appear to be anarchist, it is clearly an over statement. Mitigated Anarchism would better categorize the philosophical Taoists, they tend to believe in the idea that the government should act in a ‘non acting’ or ‘wu wei’ manner. This means that they should only act when necessary and their actions should not be felt directly by the people, nor should they be visible to the people.

Ideological and political rivals in ancient times, Taoism, Confucianism, and Buddhism have inevitably deeply influenced one another, and eventually achieved a kind of modus vivendi in which each has its own particular ecological niche within Chinese society. With time, most Chinese people likewise came to identify to some extent with all three traditions simultaneously.

Western New Agers have embraced some aspects of Taoism: the name and concept of Tao, the names and concepts of yin and yang; an appreciation for Laozi and Zhuangzi, and a respect for other aspects of Chinese tradition such as qigong and acupuncture. For example, the word Tao is used in numerous book titles which are connected to Chinese culture . Examples would include Fritjof Capra’s The Tao of Physics, or Benjamin Hoff’s The Tao of Pooh.

Taoism has also been a resource for those in environmental philosophy, who see the non-anthropocentric nature of Taoism as a guide for new ways of thinking about nature and environmental ethics. Some consider Taoism to fit naturally with the radical environmental philosophy of deep ecology. Daoism and Ecology: Ways Within A Cosmic Landscape edited by N. J. Girardot, James Miller, and Liu Xiaogan is currently the most thorough introduction to studies done on concepts of nature and ecology within Taoism.