Proposed decision would add new access to acupuncture for Medicare beneficiaries, as a potential treatment alternative to opioid use, while data is collected on patient outcomes

Today the Centers for Medicare & Medicaid Services (CMS) proposed to cover acupuncture for Medicare patients with chronic low back pain who are enrolled participants either in clinical trials sponsored by the National Institutes of Health (NIH) or in CMS-approved studies. Currently, acupuncture is non-covered by Medicare. CMS conducted evidence reviews to inform today’s proposal, and the agency recognizes that the evidence base for acupuncture has grown in recent years, but questions remain.

“Chronic low back pain impacts many Medicare patients and is a leading reason for opioid prescribing,” said CMS Principal Deputy Administrator of Operations and Policy Kimberly Brandt. “Today’s proposed decision would provide Medicare patients who suffer from chronic low back pain with access to a nonpharmacologic treatment option and could help reduce reliance on prescription opioids. CMS will work closely with our sister agencies to monitor outcomes for Medicare beneficiaries receiving acupuncture to inform our understanding of the efficacy of this therapeutic approach.”
To read the proposed decision, visit the CMS website at: https://www.cms.gov/medicare-coverage-database/details/nca-tracking-sheet.aspx?NCAId=295 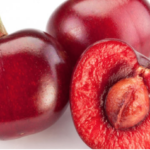 10 deadly foods you probably have in your kitchen

Humans are one of the few creatures on this planet who have the capability of ignoring our basic survival instinct. We jump out of perfectly good airplanes — something that still sets off alarms in the most veteran skydivers — and we push ourselves to the edge of death and back with physical demands on our bodies that defy reason with activities like ultra-marathons in the desert, living in microgravity, and setting the world record for holding one’s breath under water.

Yet as contradictory as it sounds, testing these limits is probably what makes us feel the most human or the most attuned to nature and our own potential — particularly when it comes to soaring above the skies, jumping eight feet in the air… and eating the most bizarre, even dangerous, dishes set in front of us on the dinner table.

What are some of the deadliest foods the world has ever seen? Poisonous or harmful by design, not accident, and something that has us questioning our sanity when we choose to take a bite? Read More 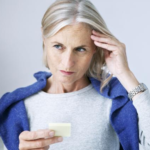 Studies Look at Acupuncture As a Treatment for Memory Loss

One of the most common effects of acupuncture is a restful and calming effect. This makes it highly effective for people with high blood pressure. Whether it can help with other aspects of mental health is less well known.

So a team from Wuhan University in China searched the medical databases, looking for trials of acupuncture for mild cognitive impairment (MCI), a condition that significantly increases the risk of dementia.

They found five randomized controlled trials published in 2012 and 2013 consisting of 26 to 94 participants apiece, 568 in total. All patients had been diagnosed with a particular form of MCI called amnestic, which primarily affects memory.

In three of the trials, half the participants received acupuncture three to five times a week over two to three months and the other half took nimodipine, a drug that helps improve blood flow in the brain. In the other two trials, subjects took the drug with or without acupuncture.

The results revealed that in those receiving acupuncture alone, clinical effectiveness was significantly greater than in the drug group, with improved scores in a questionnaire that measures mental impairment and in a picture recognition test.
Those who received both nimodipine and acupuncture experienced a better outcome than those taking the drug alone. The researchers concluded that “acupuncture therapy has a significant positive effect on cognitive and memory function” in patients with amnestic MCI. 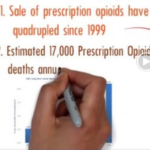 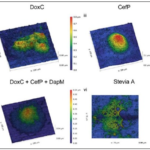 The culprit behind Lyme disease, which is a bacterial infection, is spirochete bacterium Borrelia burgdorferi. The antibiotics proven to kill this form of bacteria are doxycycline and amoxicillin. However, Borrelia burgdorferi can be found in morphological forms, including spirochetes, spheroplast (or L-form), round bodies, and biofilms. When conditions are considered unfavourable for the bacteria, it morphs into the dormant round body, then hides in a biofilm form. When conditions are favourable, however, it can shift back to its spirochete form.

The study on Stevia, titled “Effectiveness of Stevia Rebaudiana Whole Leaf Extract Against the Various Morphological Forms of Borrelia Burgdorferi in Vitro,” was conducted by researchers from the Department of Biology and Environmental Science at the University of New Haven in West Haven, Connecticut. The researchers concluded that “Stevia whole leaf extract, as an individual agent, was effective against all known morphological forms of B. burgdorferi.”

Stevia leaf extract is rich in many phytonutrients that are known antimicrobial agents. For this study, the antimicrobial effect of stevia extracts was examined in comparison to doxycycline, cefoperazone, daptomycin, as well as combinations of these antibiotics, as they were revealed to be effective against the persistent forms of Lyme disease. Results showed that the stevia leaf extract was effective against all forms of the bacteria in lab tests. Four extracts were tested, and one was chosen as the most potent, thought to be the outcome of its growing conditions and the agricultural practices utilized.

The stevia extract was found to work against even the most antibiotic-resistant of the bacteria, known as the biofilm. The individual antibiotics, on the other hand, actually increased the biofilm rather than eliminating it. READ MORE >

By Cathleen London Special to the Press Herald

Maine Voices: The problem isn’t Obamacare; it’s the insurance companies. Patients and primary care physicians are getting the raw end of the deal for the sake of corporate profits.

MILBRIDGE — With the recent news about increases in premiums for health plans sold through the Affordable Care Act marketplace, everyone wants to vilify the ACA. The ACA is but a symptom of the issue. Where are our policy dollars going?

As a primary care physician, I am on the front lines. Milbridge is remote. In good weather, we are 30 to 40 minutes from the nearest emergency room, so my office operates as an urgent care facility as well as a family medical practice.

It can take 20 minutes for an ambulance to get here (as it did one time when I had a patient in ventricular tachycardia — a fatal rhythm). I have to be stocked to stabilize and treat. READ MORE > 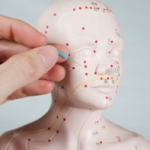 Choosing an Acupuncturist: Why You Should Always Go for the Real Deal

Are licensed acupuncturists (L.Ac,’s) more adept when it comes to the ancient healing practice than any other practitioner performing acupuncture? Based on the training and education needed for licensure, the answer is yes. There are vast differences in the qualifications among “acupuncturists,” which is why it’s essential to seek treatment from a licensed practitioner.

To meet the acupuncture demand in the West, more and more individuals have jumped on the traditional Chinese medicine bandwagon. It can be confusing to determine who is fully trained and qualified when you’re combing through Google results to find an acupuncturist near you. Potential patients should be wary of those who perform acupuncture with a certification, as opposed to a license. Let’s take a look at how different classifications measure up. READ MORE > 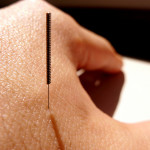 Acupuncture: Why It Works

More than 3 million Americans receive acupuncture each year, and its use is increasing. While there are a variety of acupuncture techniques, those typically used in the U.S. incorporate traditions from China, Japan and Korea and involve penetrating your skin with a thin needle at certain points on your body.
The needle is then stimulated by hand or electrically. Acupuncture has been in use for thousands of years around the globe, and it has withstood the test of time because it works to safely relieve many common health complaints. How it works has remained largely a mystery, but last year researchers revealed a biochemical reaction that may be responsible for some of acupuncture’s beneficial effects. READ MORE > 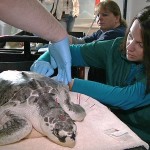 Procedure hopes to decrease inflammation and swelling on flippers, restore a full motion on those limbs and help the animals regain appetites. READ MORE >

The various methods of needling within the discipline of manual acupuncture treatment can produce a range of results on the patient. The three main methods of needling which include, reinforcing, even, and reducing, produce different effects on the patients physiology and are therefore used to treat different symptoms. The purpose of this white paper is to examine the connection between the reinforcing needling method and its impact on the local electrical response and subsequent anesthetic response. In addition, other application of the reinforcing method will be discussed as they pertain to clinical practice of manual electrical stimulation. READ MORE > 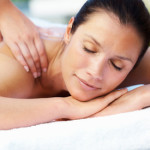 Acupuncture is a safe, all-natural, drug free therapy which yields no side effects. It is gentle and effective, and helpful for so many conditions and complaints. Most people experience great results and often after just one treatment. Acupuncture relieves stress, and has a relaxing effect on many people, some even fall asleep during the treatment. As a therapy it is increasingly accepted, and many people are finding it helpful in treating the causes of their pain rather than turning to medication. Insurance coverage is better each year — many policies cover acupuncture sessions. READ MORE> 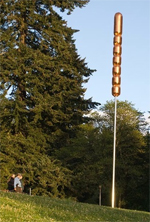 A 35’ acupuncture needles was installed in various locations around the Portland area. This project explored the interface between art, regional planning, traditional Chinese medicine and the health of a city.