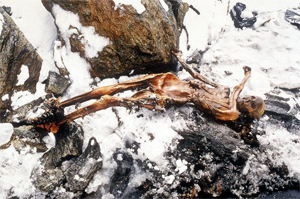 Recent examinations of Ötzi, a 5000-year-old mummy found in the Alps, have identified over fifty tattoos on his body, some of which are located on acupuncture points that would today be used to treat ailments Ötzi suffered from. Some scientists believe that this is evidence that practices similar to acupuncture were practiced elsewhere in Eurasia during the early bronze age.

According to an article published in The Lancet by Dorfer et al.: “We hypothesised that there might have been a medical system similar to acupuncture (Chinese Zhenjiu: needling and burning) that was practiced 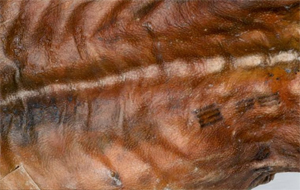 in Central Europe 5200 years ago. A treatment modality similar to acupuncture thus appears to have been in use long before its previously known period of use in the medical tradition of ancient China. This raises the possibility of acupuncture having originated in the Eurasian continent at least 2000 years earlier than previously recognized.”