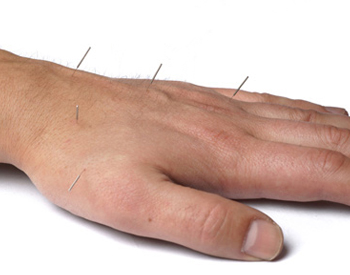 Arthritis is a disease that affects the joints of the body. While medicine has identified over 100 different forms of arthritis, there are some symptoms that are common in every variety. These include pain, stiffness and inflammation, during extreme cases. This can result in physical disfiguration. Other non-localized symptoms can include fatigue, insomnia, weight loss and fever. In most cases arthritis is limited to one part of the body, typically the hands, feet, knees, hips or any of the major joints.

While most forms of arthritis are considered non-preventable, you can lessen your risk by remaining physically active, sticking to a healthy diet and maintaining a healthy weight. The earlier in the arthritis process the disease is detected and treatment is started, the better the outlook.

With acupuncture treatments, improvements are a virtual certainty. Less pain, greater mobility and range of motion, as well as improved strength come quickly with a series of treatments. Arthritis people benefit from meditation and reflection on these simple thoughts, as they are often diligent and attentive to their goals with too few pauses …you know, smell the roses, kind of thing. All the arthritis patients I have treated have improved.

Arthritis is one of the most pervasive diseases in the United States and is the leading cause of disability. According to the Centers for Disease Control and Prevention, one out of every three Americans (an estimated seventy million people) is affected.

For most people, arthritis pain and inflammation cannot be avoided as the body ages. In fact, most people over the age of fifty show some signs of arthritis as joints degenerate over time. Fortunately, arthritis can often be managed with acupuncture.