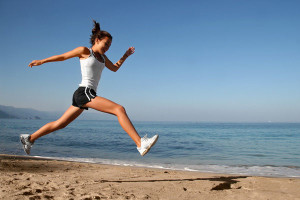 Get back in to the groove with acupuncture!

How to tell them apart? Dizziness may be experienced internally with uncomfortable sensations, and occasionally loss of balance, and vertigo may be experienced as more of an external imbalance where objects may seem to move around while the sufferer feels still.  In most cases, vertigo occurs when the the inner ear and its nerves (which are not functioning properly) disrupt the brain’s ability to accurately perceive motion. People with Labyrinthitis and Meniere’s disease often suffer vertigo.  When severe, vertigo can be debilitating, and in some cases can cause vomiting and imbalance.

It seems the unsavory traveling companions aren’t always traveling alone, either.  Vertigo can exist on its own, or it can be associated with other issues, such as migraine headaches and nausea. Let’s Get Rid of Headaches With Acupuncture!

Ailments like dizziness and vertigo result from imbalances within the body, and acupuncture is used to restore the balance and alleviate symptoms.

Acupuncture is an ancient form of traditional Chinese medicine (TCM) that has been used for thousands of years, and is a wonderful holistic therapy that looks into all the relationships that are important for generating these symptoms. The acupuncture points used differ from patient to patient. We treat several meridians, with local point sites to the surface of the stomach area, as well as back points, and leg points. A complete history helps to uncover all of the factors that can be participating. The procedures are relatively painless, the effect can be immediate and can even be relaxing. You will welcome the relief!

If you suffer from vertigo or dizziness, schedule your acupuncture appointment today and experience relief sooner than you could have imagined!

Dizziness is primarily a sensation of unsteadiness, with a feeling of movement inside the head along with loss of balance. Dizziness may result from long-term illness, trauma, loss of sensory function, emotional disturbances, fatigue or cardiovascular issues such as high or low blood pressure. One of the body’s balance mechanisms may be involved, such as the inner ear or sensory nerves. A mild case might go away in a few minutes but a more serious case may result in vomiting, sweating and even fainting.

In modern medicine, some cases are considered auditory in origin, such as Meniere’s syndrome, labyrinthitis, motion sickness, vestibular neuronitis, etc., and some as cerebral in origin, such as cerebral arteriosclerosis, hypertensive encephalopathy hypertension, vertebro basilar ischemia, intracranial space occupying lesion, etc. It may also seen in infective and allergic diseases, as well as other disorders such as epilepsy, hypertension, hypotension, anemia, arrhythmia, neurosis, head trauma, etc.

It is important to examine symptoms that accompany the dizziness to determine its cause before treatment. Some of these symptoms may include pain along the ribs, depression, insomnia, heart palpitations or ringing in the ear (tinnitus). According to Chinese medicine, dizziness is caused by either too much energy moving to the head or not enough. Acupuncture points on the limbs, body, ear and sometimes the head will treat the root cause of the imbalance or either too much energy or not enough, bringing you back to wellness.

And won’t that feel great?