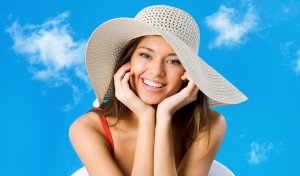 Migraines hurt. Acupuncture can quickly bring relief to those suffering from migraines, and without the side effects that prescription and over-the-counter medications can bring. And the less time with a migraine, the better!

Here’s a little about life with migraines. In the worst attacks some sufferers of migraines become so debilitated that the pain seems unbearable, a temple is throbbing and they have to retire to a darkened room. Then often comes hours of excruciating pain and feelings of nausea, then a welcome relief as they may vomit, the pain recedes and they can perhaps fall to sleep. Needless to say, this all can lead to an inability to go to work, school, or attend social activities.

What is a migraine, anyways? Migraine is a condition defined by a painful headache and nausea, often accompanied with an increased sensitivity to light and sound, the aforementioned vomiting and a pulsating sensation, which is usually only present in one side of the head. Typically, a migraine can last from a few hours to as long as three days, which in some cases may completely incapacitate the person suffering an attack.

Approximately 75% of sufferers are female. Signs that a migraine is imminent include the Prodrome phase (typically involving mood swings, fatigue and muscle tightness) followed by the Aura phase (visible bright flashes, dizziness and loss of sensation in extremities).

Triggers for a migraine include stress, changes in sleep and eating patterns, foods containing monosodium glutamate (MSG) or tyramine (red wine, certain cheeses, smoked fish and chicken livers, among others), menstruation, and sensory overloads (such as bright lights, loud noises and certain odors).

Acupuncture to the rescue!

In my own practice at CT Acupuncture, I have worked with migraine patients, (classic, cluster, and variations on the theme) for over 25 years, and my surveys have shown close to 100% improvement on virtually all the patients I have treated. Migraines can be treated preventatively, and a few treatments will clear up most migraine patterns, permanently! The points chosen are usually on the upper back, neck, ear, abdomen, and the temple area of the head. Leg points are also relevant. Each person is evaluated individually – history and other problems (symptoms) are taken into consideration, so the treatment points will vary. The treatment is painless and gentle.

Are you the type that likes to see things in print? Here’s some interesting news…a recent study published in the Canadian Medical Association Journal demonstrates that acupuncture can reduce the days each month suffered with migraines to be reduced by half.

In the four-week study, almost 500 adults were treated with either traditional Chinese acupuncture or a sham treatment in which acupuncture needles were inserted in nonspecific points. Participants did not know which type of acupuncture treatment they were receiving.

For more information, visit us at www.ctacupuncture.com