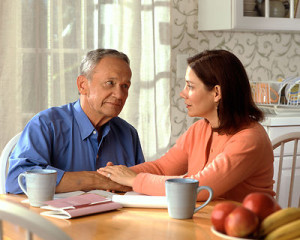 Acupuncture Can Help with Alzheimer’s

There is good news for those affected by Alzheimer’s disease.

According to the Alzheimer’s Association, more than 5 million Americans are living with Alzheimer’s disease and someone develops it every 67 seconds. It is the sixth leading cause of death.

It is a type of dementia that causes problems with memory, thinking and behavior. Symptoms usually develop slowly and get worse over time, becoming severe enough to interfere with daily tasks. The cause of Alzheimer’s is still not clear, and there is no cure.  The search for new treatment is made ever more urgent due to increasing population aging.

A new study using MRI imaging revealed that acupuncture enhances brain activity in Alzheimer disease patients. Researchers investigated the effects of two important acupuncture points on the human brains of Alzheimer disease patients using fMRI imaging with a SIEMENS verio 3-Tesla scanner. After acupuncture, MRI imaging revealed that AD patients had significant improvements in connectivity for both frontal and lateral temporal regions of the hippocampus. The researchers note, “Due to the cognitive impairment associated with AD, acupuncture on specific acupoints can modulate the cerebral blood flow and strengthen the hippocampal connectivity in AD patients.” The study suggests that acupuncture may provide important clinical benefits to AD patients.

Acupuncture can also assist with the emotional toll of Alzheimer’s. Another study conducted  by a senior scientist, Dr. Nancy Emerson Lombardo at Wellesley College concluded that acupuncture is a safe and effective treatment for anxiety and depression in persons with Alzheimer’s disease.

The subjects in the study were 11 patients, average age 76 years, diagnosed with mild to moderate Alzheimer’s Disease or Vascular Dementia. Assessments were completed by the research team neurologist, psychologist, and acupuncturist, as well as by family caregivers and the subject. A number of standardized tests were used to measure pre- and post-treatment anxiety, depression, and cognitive functioning. Researchers concluded that acupuncture is very helpful for reducing anxiety and depression associated with Alzheimer’s. They also found that the patients had a positive change in mood, experienced more energy, and received relief for age-related pain complaints like arthritis. Decrease the Pain of Arthritis and Increase Mobility with Acupuncture

If you notice any of the 10 Warning Signs of Alzheimer’s in yourself or someone you know, don’t ignore them. Schedule an appointment with your doctor. If the disease is detected early, medical intervention can extend the period during which patients and their families can enjoy a relatively high quality of life.

Interested in how acupuncture can help you or a loved one? Please visit us at www.ctacupuncture.com